Sales at Funnel through the eyes of Silvia 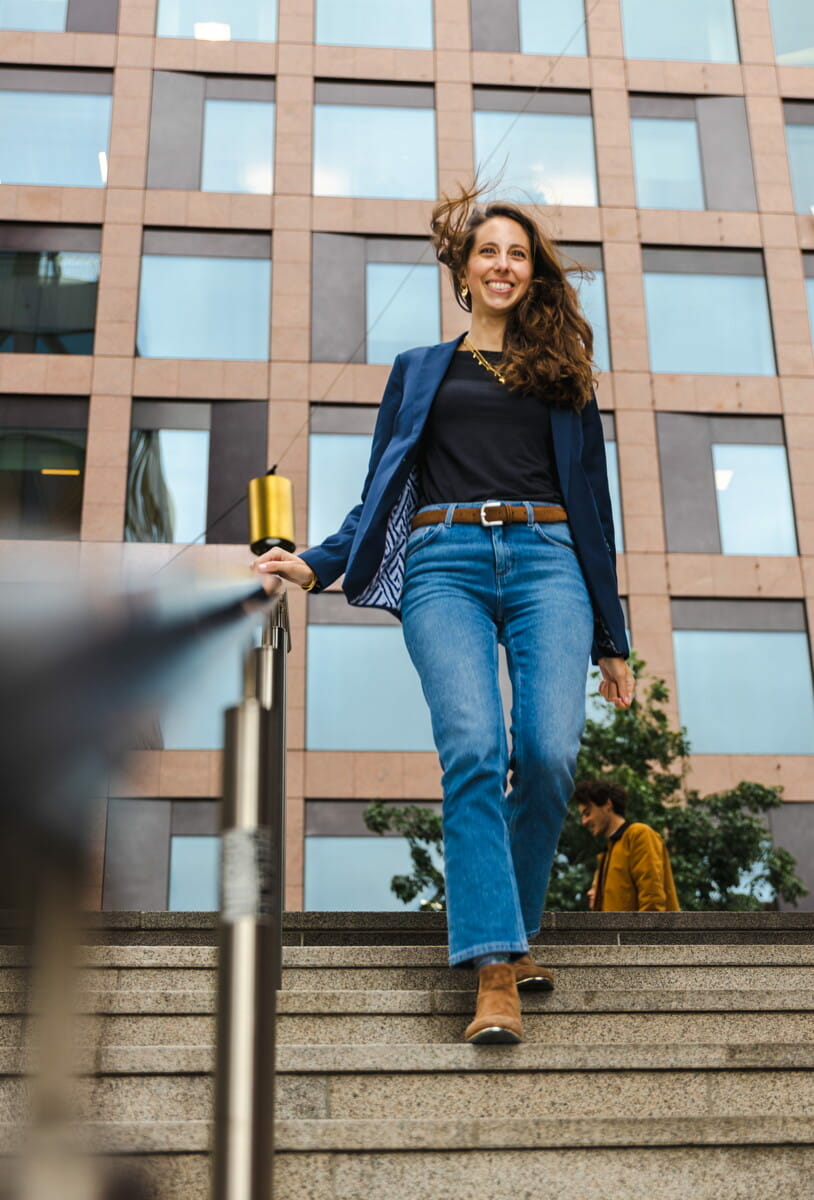 Silvia joined Funnel in 2017 and has since then had several different roles in Sales. It has been a journey not only for Silvia but also for Funnel. When she joined, Funnel was a start-up with less than 30 employees. Fast forward to today Silvia has taken on a new challenge and is spending 6 months in our newly opened Dublin office. I wanted to know more about how she thinks about her journey with Funnel, and what it is like to grow together with a business. These are her insights about the aspects of the stress-less-sales structure and what she is most looking forward to when moving to Dublin.

Take me through your journey with Funnel, how is it developing in sales?

I started out as one of two first Business Development Representative in the first internal BDR team at Funnel. When I joined in August 2017, Funnel had around 30 employees. It was challenging and fun at the same time, we were building processes together, and we were setting milestones.

A few months later, I transitioned into Sales Development Representative (SDR), mostly dealing with inbound leads. It was in 2018 and we were having a big inflow of inbound leads and that was when Funnel started growing, from 30 to 100 people.

We outgrew the previous office space, and the Revenue teams had to relocate to a separate office. At that time I became Account Executive, which is still my current position. However, my role was different at the beginning: it was more technical as I was also taking care of the trial setups, more in line with what the Solutions Consultants do today. Although we were separated from the rest of the company, I remember this period with joy as it was truly developing for me and the Sales team.

When we finally moved altogether to a bigger office (that is now our head office, in Klarabergsgatan 29), Covid came. Funnel still continued to grow, new teams were created and our roles became more defined.

My next challenge is in Ireland: a 6-month assignment in Dublin where we have just opened a new office.

Why did you want to join Funnel?

Funnel was a Swedish start-up of 30 people with an international vibe that really inspired me. I felt empowered by the atmosphere and all the interesting people that I met as I was going through the recruitment process. What truly stuck with me from the very beginning was my interview with Fredrik the CEO, when he spoke about the company values and culture. I really recognized myself in them and felt that Funnel truly cared about the individuals, something that I later learned to be completely true.

I got the opportunity to be part of a new team and I thought: let’s jump on it! The Funnel product sounded really interesting and valuable already during the interviews and - for me in Sales - it is crucial that I genuinely believe in what I am selling.

What is your favorite aspect of working at Funnel?

I would say two different but equally important things: the people and the product.

The people in Funnel are amazing and there has always been a strong collaboration between teams and departments. The learning aspect is also very important here: there is no judgment for mistakes and different opinions, and everyone is always open and eager to help. I am also happy to be part of a Sales team that does not have rivalry between reps, and where the team result is what matters the most: we all have a common and bigger goal and we work together to achieve it.

The Funnel product really brings value to the users that work with marketing data. It is great to be able to make a difference and help other people succeed in their job. Indeed, the tool makes users’ work life easier and more efficient. This is really a win-win when you work in Sales!

Can you describe the stress-less-sales structure?

Our Sales teams do not have a commission-based salary, which is pretty unique in Sales organizations. Indeed, our salaries are fixed, and not dependent on how much each of us sells every month. The so-called “stress-less-sales structure” removes the worry about a variable salary, allows everyone to work as a team and enables us to look at the bigger picture. This means that there is no fight around deals, no ill competition between reps, and no wrong business decisions that would only benefit the individual but not the company as a whole. Furthermore, this means that we are able to focus on the long-term results instead of the short-term personal gains, and we can incredibly boost collaboration and best practices sharing across the team.

I can tell two examples of how this mentality plays out in our sales job. The first one is when we hand over our open deals to the team while we are on holiday. Another example is when two reps with complementary skill sets collaborate together on a deal, which - besides enriching the conversation with the prospect - it also increases the learning between reps.

What are you most excited about with your role in Dublin?

The opportunity to move to Dublin came up naturally during my personal development talks with my manager. Since the recent launch of the new office, we have been hiring a lot of people in the Commercial teams. Working there for 6 months would give all of us the opportunity to learn from each other.

I will support the new team with my Funnel knowledge and expertise and help onboard new colleagues. I am super excited to be in the “European Silicon Valley”, and learn from people with a strong Tech and SaaS background.

What are your favorite moments in your Funnel history?

The first moment that comes to my mind is actually my interview process when I joined Funnel, as described before. I immediately felt like part of the company even before day one: they showed real interest in me and I also took part in the celebration of closing a large deal just after signing my employment contract.

Finally, I must mention our amazing “Camps Funnel”. There have been two so far, and one is more epic than the other! They have been really fun, and also brought us all closer together, from Stockholm, Boston, Dublin, and London. 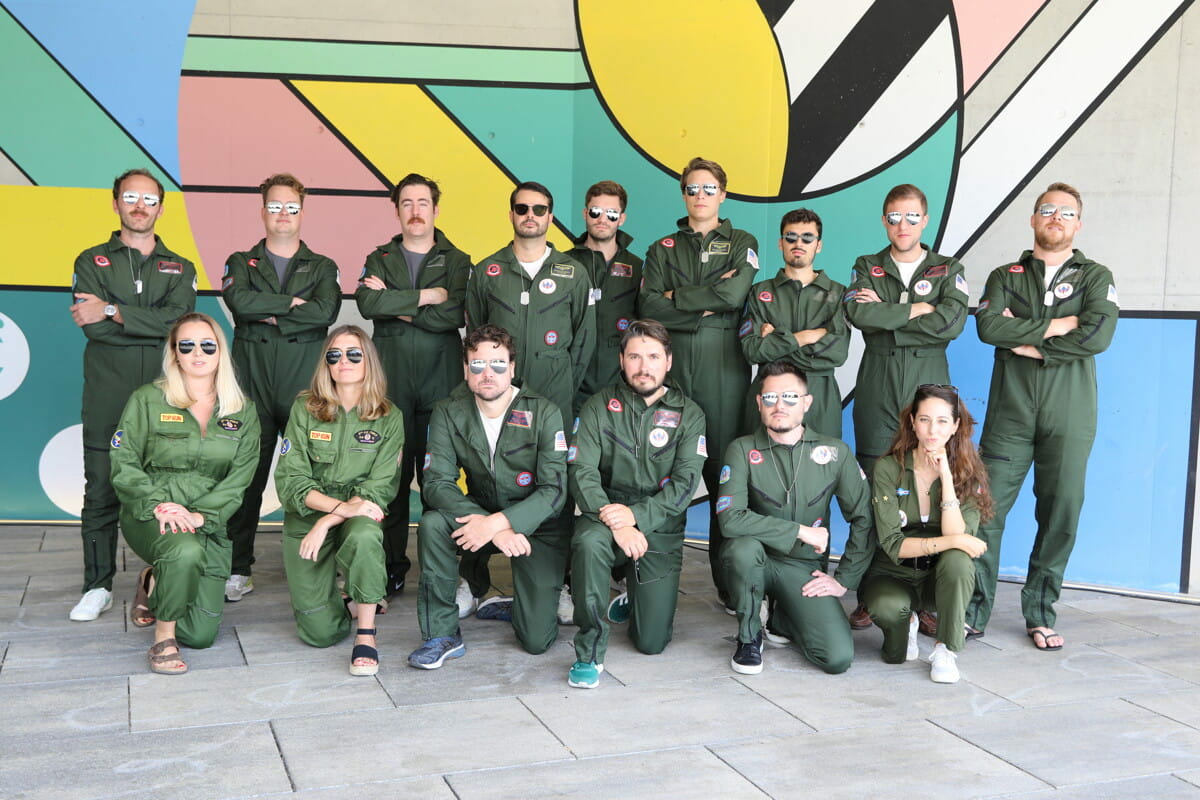 The EMEA Sales team at Camp Funnel 2022 in Barcelona.

Funnel is a SaaS product designed to help marketing teams own their performance. Founded in 2014 in Stockholm, and still founder-led, the Funnel team has grown with our customers – serving more than 2,000 companies from our Stockholm, Boston, Dublin, and London offices.

We have always put the customer first, expressed in a no-commission sales model and a customer-centric development approach. We are proud to help companies such as Havas Media, Adidas, Sony, and Home Depot to unlock the true impact of their data.